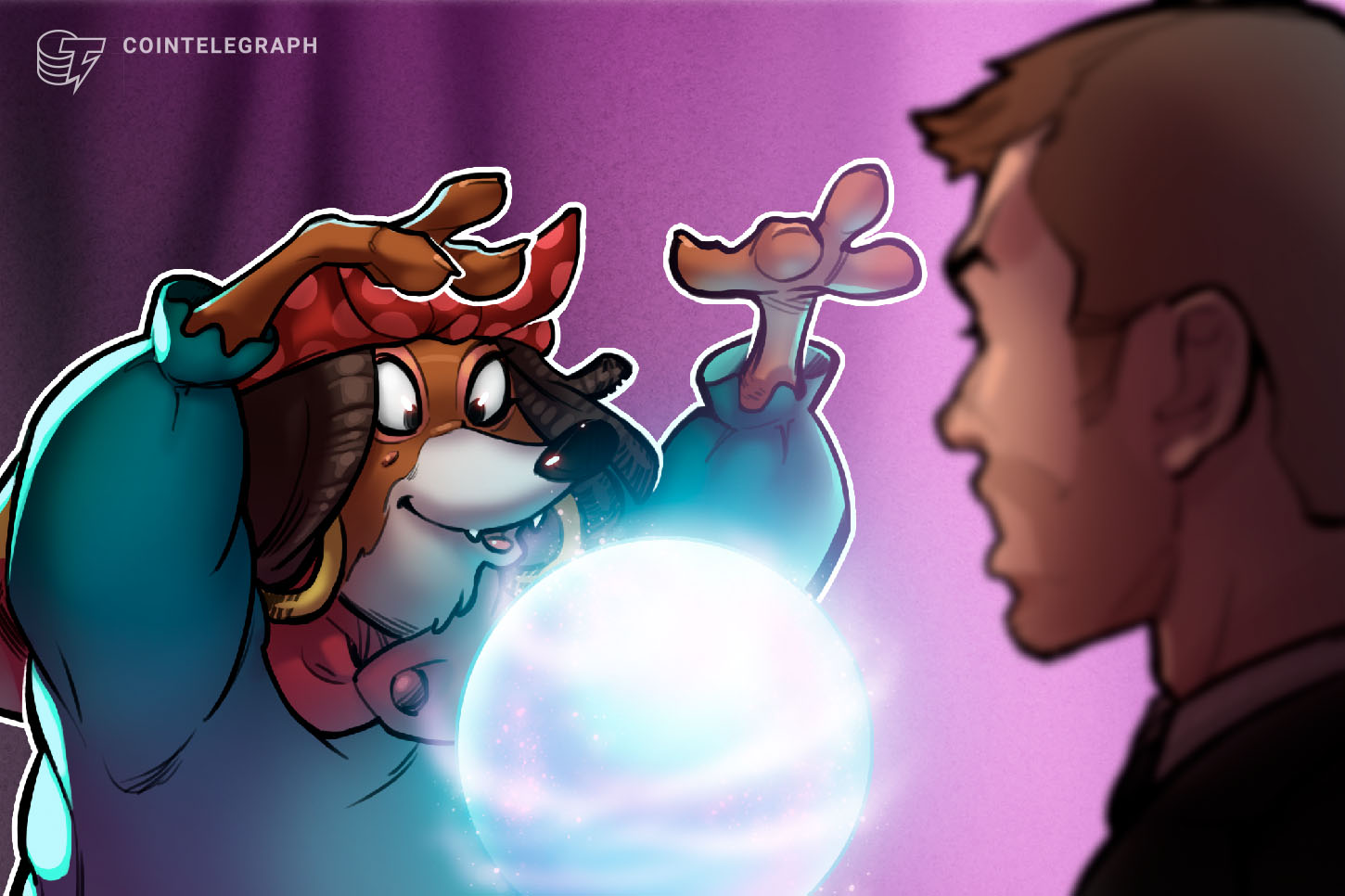 Ethereum’s co-creator Vitalik Buterin took to Twitter during the counting of votes to praise the success enjoyed by crypto-powered prediction platforms amid the election season, stating:

“Regardless of who wins from here, I definitely think that the prediction markets have proven themselves more accurate than the polls/models this time around.”

Traditional polls have shown Biden with an eight-point lead since the start of November. But presidential futures tokens have swung wildly in response to events.

The election markets on major cryptocurrency derivatives exchange FTX saw wild volatility in the past day, with TRUMP futures spiking from $0.38 to $0.80 as votes began counting, before steadily crashing as Biden’s electoral college lead extended.

TRUMP tokens, which are redeemable for $1 each should the incumbent secure re-election, are now trading for less than $0.09 on FTX.

Traditional centralized bookmakers also saw wide fluctuations during election day, with Trump spending much of the day as the favorite until Arizona was called in favor of Biden.

“This years election markets have surpassed Augur v1’s previous OI and trading volume records from the 2018 House market ($2.5M & $6M). Thanks to everyone who used or tried Augur for the first time, we hope you stick around!”

“It seems that prediction markets finally found their stride because there was a market for people to bet on that they actually cared about.”

The Matic-powered decentralized prediction platform Polymarket also saw significant trade, posting a new volume record of more than $10 million. Polymarket allows traders to speculate on novel events such as whether The Associated Press will post a tweet calling the winner of the election before Nov. 6.

According to CoinGecko, YTRUMP and NTRUMP tokens from the Augur and Balancer-powered Catnip Exchange drove around $1.3 million in speculative action over the past 24 hours.